Domenech’s work is framed within abstract symbolism. Her artistic journey brought her to the circle as a universal symbol, and the encounter between the aesthetic philosophy of western and eastern discourse.

She has a strong interest in philosophy and oriental arts, I Ching, Tao Te King Lao Tse and Sumi-e technique, all of which has influenced her concepts and style as an artist.

Sonia studied art at the Universidad de Bellas Artes Sant Jordi in Barcelona and her work has been shown in France, Spain and Germany.

Love in times of war:

The works of Domenech’s series ‘Love in Times of War’ were commissioned for the 2011 European wide exhibition “Love in civil wars”.
Growing up in post Franco times she has a strong personal and emotional connection with the history of the Spanish Civil War.
Iconic war photographs are painted in a Pop Art style and incorporated into the shape of a heart, thus forming strong, sometimes conflicting and painful emotions.
Domenech’s works are an attempt to help to liberate from these experiences of the past, and to heal the pain everyone still carries inside.
‘Love in Times of War’ was last shown in the exhibition ‘Reflections‘. 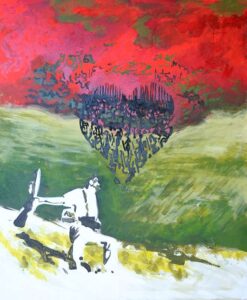 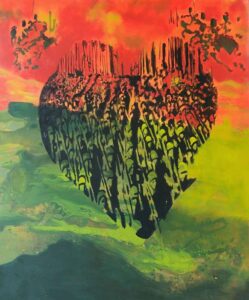 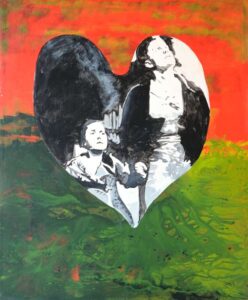 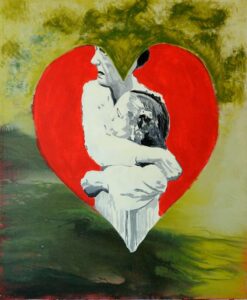 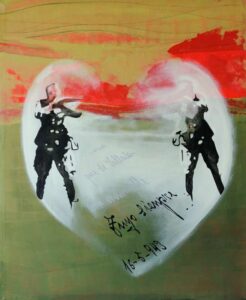 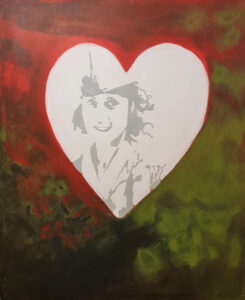 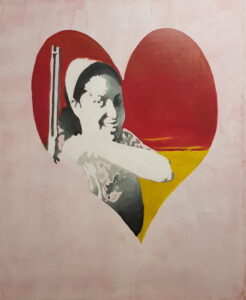 Domenech originally comes from the fields of sculpture and drawing. Nature and organic shapes have formed the basis of her work from the beginning, with the works of Henry Moore being an essential inspiration.
Her interest in Eastern culture led her to the philosophy of Tao, with the unifying lines of Yin and Yang forming the circle. Combined with her interest in curves and the organic, the circle became her main focus.
Adding the third dimension to create the sphere was the natural conclusion for an artist with a sculptural background. However with colour being a later addition to her work, its main focus is not to create space or depth, but an emotional journey, an exploration of the mind, close to meditation. It is the main expressive means of the works, often vivid and powerful.
Each of Domenech’s works is a compositional game between the simplicity of the circle and the organic complexity of colours and landscapes. And while the function of the circle is to give the viewer a focal point, it is Domenech’s use of colour that will evoke an emotional response. 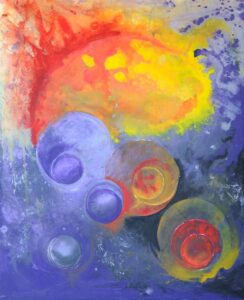 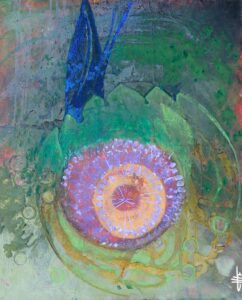 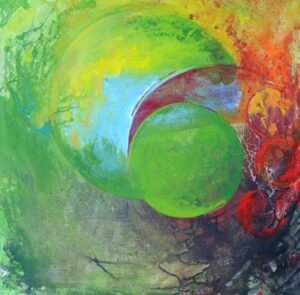 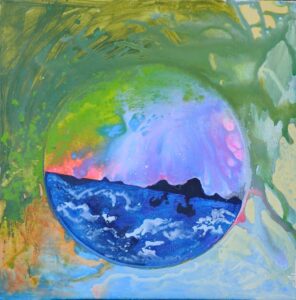 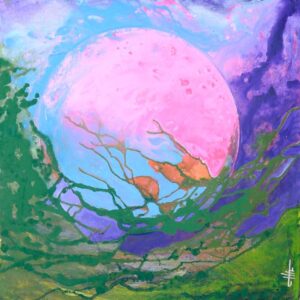 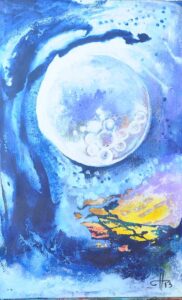 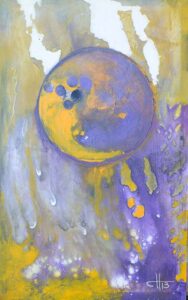 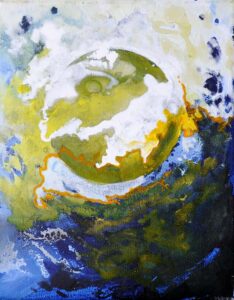 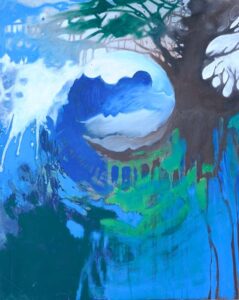 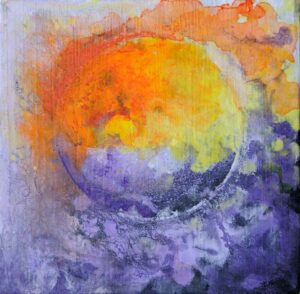 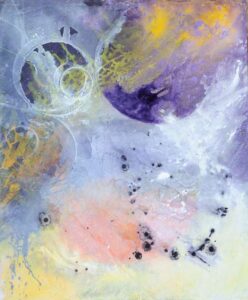 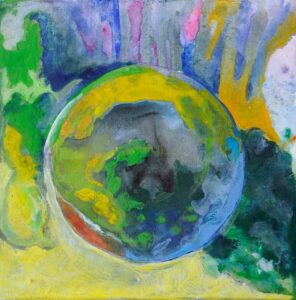 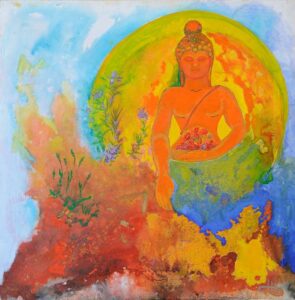 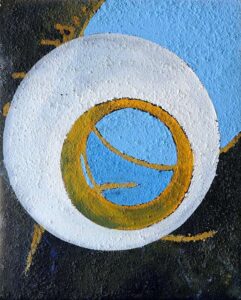 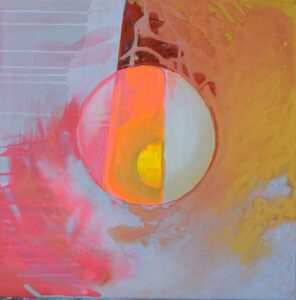 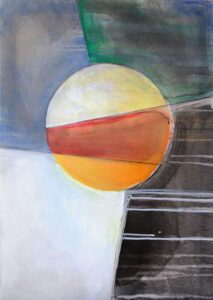 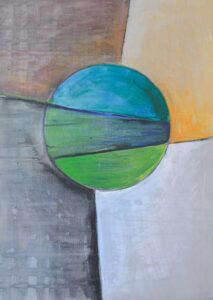